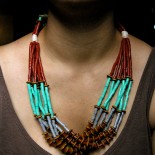 After the first meeting at The Dorsky I secured my exhibition space for the December 6th show. I will be located in the left side of the North Gallery, fondly referred to as “The Cave” and I will be sharing the space with one other student. 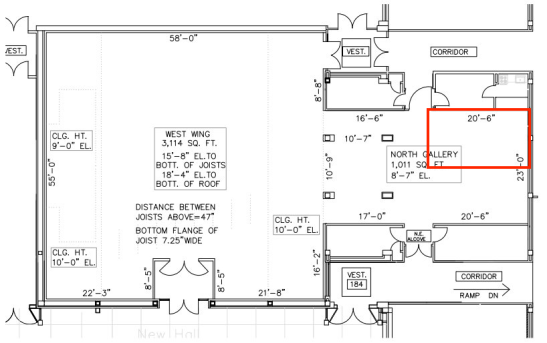 For my exhibition I have two main ideas but both include the use of busts hanging from the museum ceiling. When I initially considered the display of my jewelry I was opposed to the idea of busts and other traditional methods of displaying jewelry, but I was still interested in including the illusion of a human form in the display. The design of each bust will originate from photogrammetry models of actual people, manipulated in Mesh Lab. Each bust will be slightly different in shape. I have not yet decided on the material I will make them from but possibilities include cardboard, cast paper, and concrete. I would like them to be grey [ideally the same shade as the museum walls] to give the illusion that they are coming out from the wall, and also to prevent them from detracting from the jewelry. I am also undecided on the exact height they will be hung, and whether or not I will keep them in such an organized orientation.

My second idea is to incorporate live models into my exhibition. I think that the inclusion of actual people into the opening of my exhibition would be a really wonderful way to break up the display and bring some life [literally] into the work. I would construct stools for each model to sit on [made from steal and wood/concrete], and dress them uniformly in grey to help blend with the rest of the exhibit. The only catch is that the use of live models poses a potential problem that would need to be resolved: how do I display the pieces for the duration of the exhibition when the models are not present?

This entry was posted on October 2, 2013 by alexistellefsen and tagged cad, exhibition, installation, personal work, rhino.

Keep your Dreams alive. To acheive anything you must understand that it requires faith and belief in yourself. Remember, all things are possible for those who dont stop believing.

"Every object has an edge, which is a point at where presence stops and absence begins.”

"Fork what you think, I do what I want!"

A Language of Emotion

a site about my journeys in clay

a study of rectangles